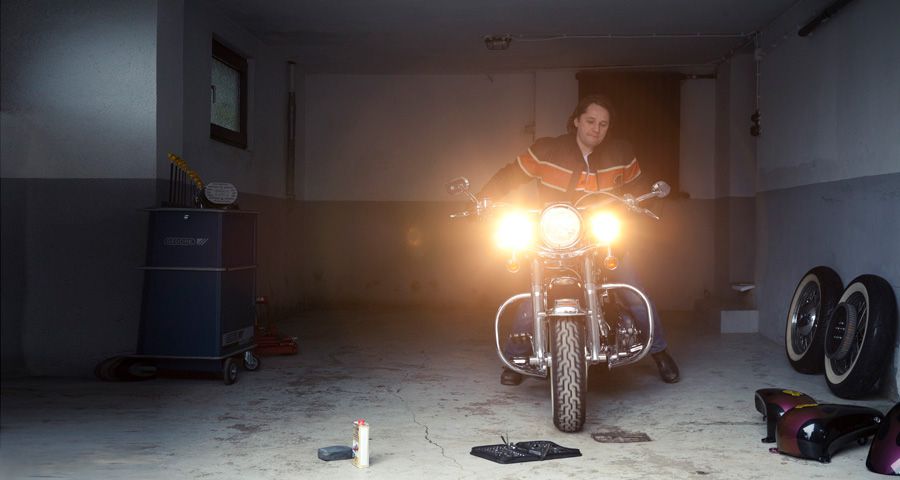 The Gira Active Partner club is unique within the industry. What is extraordinary is not only the sheer number of activities on offer, but also the personal interaction and trust-based relationship between Gira and the club's members. As head of the club, Jörg Hessler plays a central role in the events. Recently, together with 33 participants, he climbed the Pfaffenkogel in the Stubai Alps. As part of a mountain "baptism", he drove the summit cross into the ground at an altitude of 3,366 metres. A conversation about the first climb with adventure factor and why events such as this make the club so successful.

Mr Hessler, could you briefly explain the club concept?

JH: The club is offered by Gira to specialist electrical companies. The basic idea is to work with our partners to jointly achieve more on the market, and to support them in the areas that are not actually part of their core business – for example in business administration, marketing, advertising, and staff training. We ask ourselves where we can provide support and how companies can achieve a level of expertise that is higher than average for the market.

In addition to workshops, marketing campaigns and training courses, you also organise regular, quite unique events for Club members.

JH: Yes, we often combine work with events, hold workshops, for example, while having fun afterwards.

You had the rare opportunity to experience a "mountain baptism" with some of your Club members, which is really a unique experience. How come you in particular were offered this opportunity?

JH: The Alpine Association wanted to create a station below the Zuckerhütl at an altitude of 3,500 metres. As indemnity, so that hiking groups can book a mountain climb with summit cross, even if the weather suddenly turns bad. We have been going on tours there for a few years now, and in the process have made good contacts with Austrian mountaineering associations, and the chairman even came hiking with us on a few occasions. And they said: If we do this with anyone, then with Gira.

What were the basic conditions of the tour?

JH: All 1,200 or so Club members were invited, although the maximum number of people we could take was 33. The first to register could come along. First, we met up at a master electrician's college in Rosenheim for a hearty breakfast of Bavarian white sausages, then we drove out to the Stubai Glacier cableway and walked from the last station to the Hildesheimer hut, our base camp at an altitude of 2,300 metres. We set off the next morning at 6am.

JH: Yes, we experienced a few extreme situations during the tour. Almost at the start, we had to walk along a narrow stone ledge, where you could look down 300 metres into a gorge. We were of course equipped with a helmet, harness and a hook secured to a steel rope. Nevertheless, I would never have taken this route on my own. But in a group you are more likely to have the courage to say: You can also do this. 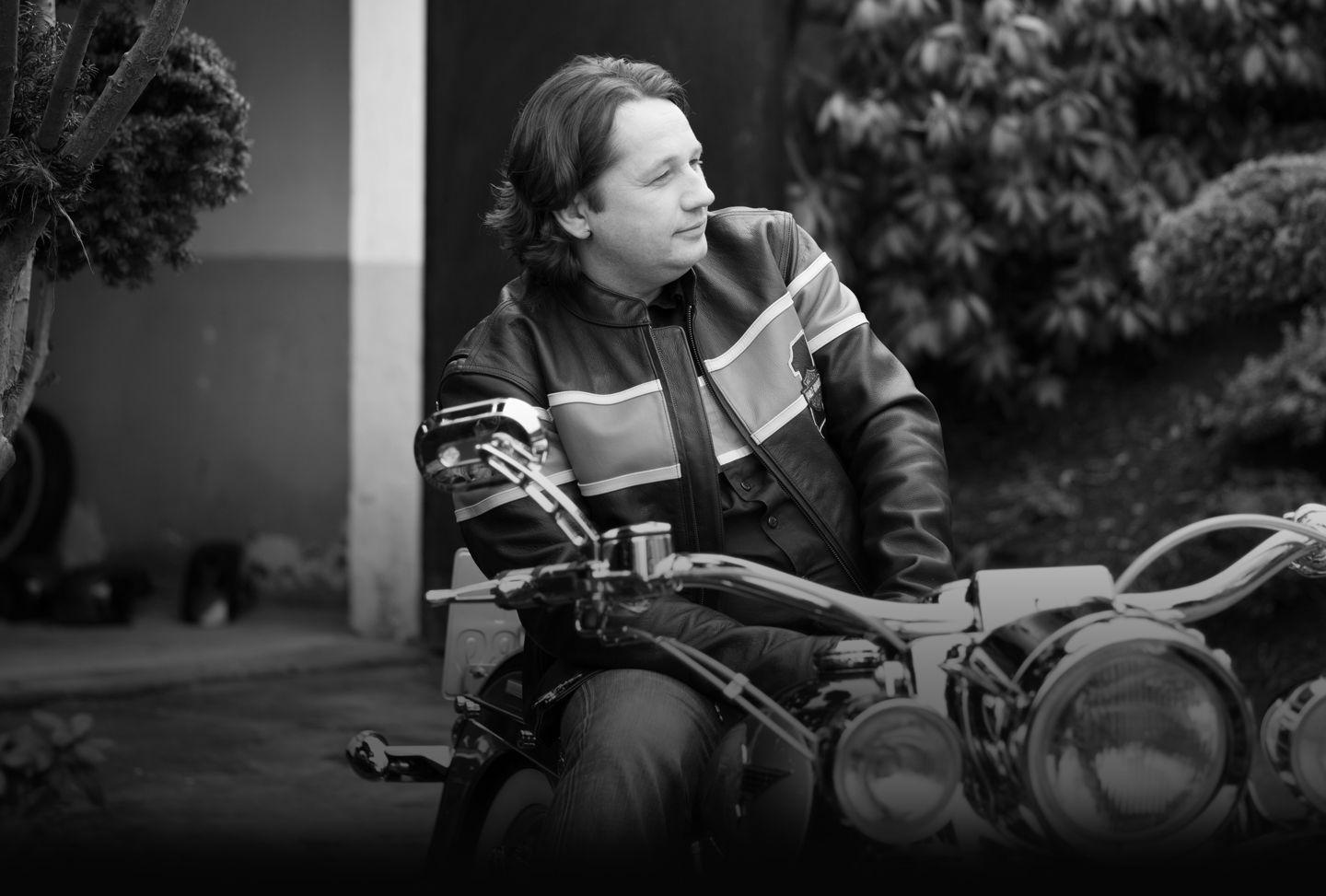 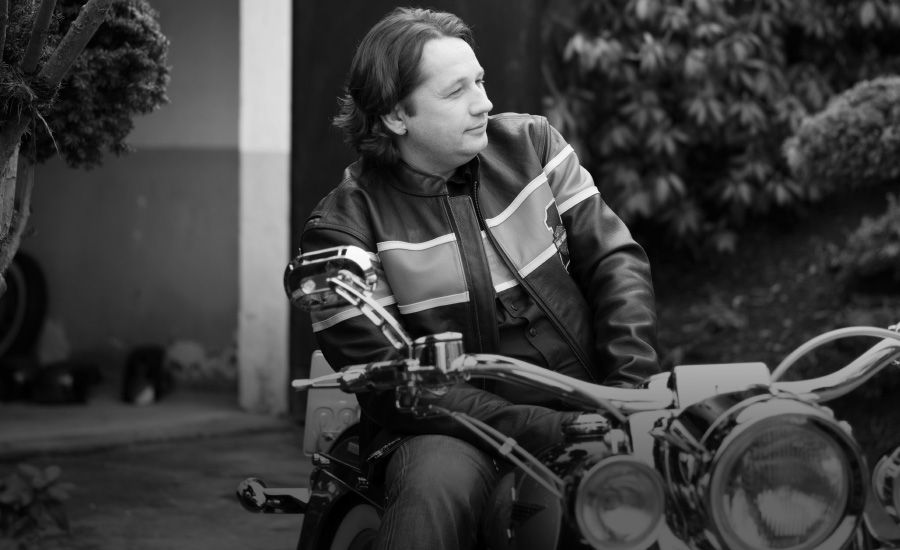 "I don't want to organise a sales event, but rather help with the provision of services.”

Did it get even more extreme?

JH: Yes, after the valley we climbed higher and higher up to the mountain and then at some point we hit the glacier, where at times we had to overcome extreme inclines using our crampons, in groups of five attached to the ropes and with the mountain guide in front. He always told us that we shouldn't stand still, and a couple of times we even heard the ice cracking in some places.

You shouldn't stand still, otherwise the ice might break?

JH: Yes, the last person in the group is always the most at risk as several people will already have walked over the area. One of our customers actually fell through into a glacier crevasse. But everyone was attached to the rope with crampons on their shoes and helmets on their heads, so this wasn't a major problem. The group were able to hold onto him, you could still see his upper body.

Oops! Were there any other highlights in terms of going to the limits?

JH: The last stretch also posed another challenge. Up to ten years ago, the Zuckerhütl was completely covered in snow and ice. Over the last few years, the glacier has melted a lot, so that you come across a pile of huge rocks over which we had to climb for the last 250 to 300 metres in altitude.

JH: Tiring, because it is very high, but reaching the summit sapped most of our energy. We reached it after the glacier and were already already exhausted anyway. Then all of a sudden we saw this mountain, which was still 300 metres higher, and our guide said: "Now we are going up." A customer and I discussed with him for half an hour whether we should really do that. Finally, he put his foot down and said: "We're going up now. If you don't go up, you will regret it for the rest of your lives." And then we plucked up all our courage and went up.

And finally you managed it. What did it feel like?

CV: I only thought: Luckily, you managed it. Especially when the helicopter arrived with our cross, which now appears in all the walking maps, then I am pleased to have been a part of it. Also later when we were down again, a feeling of true happiness came over me. I was able to say, yes, you managed it, you overcame your fear.

Assignments like this really have quite extreme sides. Why do you do this to yourself?

JH: Because it bonds people. The best customer relationships are born from trips like these. When you are going over a glacier in a team of five and know that you have to trust the person in front of you and behind you, then this is an intense bonding experience; you don't forget something like that. 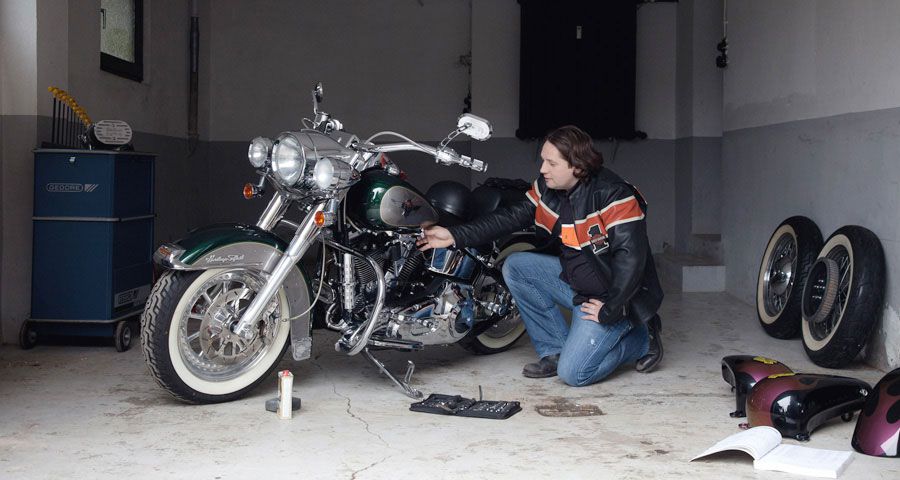 Jörg Hessler sometimes likes to go out alone and feel the wind in his hair: "When I am on the move, I am challenged, always in discussions, in talks with customers. But I get my energy here, alone in nature, in little Radevormwald, when going on a trip on my motorcycle for example.“

When you are on a hike, do you sometimes talk about business?

JH: Yes, absolutely. During the hikes or at the hut in the evening, this happens almost spontaneously. However, I only try to initiate it a little. I don't want to organise a sales event, but rather help with the provision of services or bring customers together with interesting partners.

But you can't measure this in figures, can you?

JH: No, but this isn't our aim, because our good relations with our members, which are based on trust, work for the very reason that we are not just thinking in terms of figures. To have recognised this and to support this concept at all in this form and finance it is a huge credit to Gira. The company has the foresight to see that we can only achieve something positive with the Club in the long term.

So much about the company. And what do you consider to be your particular contribution to the Club?

JH: I think, I am good at filtering things, I am a good listener, have an understanding of how the trade works and speak its language. I pick up some very valuable information from the industry here and know where there is a need for improvement. That is one benefit. Then of course a little creativity and abstract thinking is needed to implement things you hear into measures. which we then carry out within the Club. I am also looking for a little variety here, and find new things more inspiring than the old and familiar.

You have now been active in the Club for around 15 years. After all this time, can you see a result?

JH: I can see that when I drive into a company. There I can sense which fan community has developed here over the years. There are many people who are proud to be "Giranians". It's great to see that we have created something very personal and unforgettable here for our customers, even if our events do not reach the broad masses. But they are events which our customers will never forget.

Born
1972
At Gira since
1993
Training
as an industrial business management assistant
Career at Gira
After his training, Jörg Hessler was initially jointly responsible for the services offered by the Gira Active Partner Club. He has managed the Club Service Centre for the Gira Active Partners since 2001. He is currently also responsible for the Gira Marketing Service and for the Gira Revox studios and System Integrators partner concepts. During his time at Gira he completed various training measures. In addition to ongoing English lessons, he takes part in all the club seminars for the target group entrepreneur, junior/successor, office team, master, engineer and apprentices.
Current training measure
As described above, participation in the club seminars also applies for 2012. In this context, Jörg Hessler is particularly looking forward to a presentation seminar with voice training by a radio presenter.