Computer nerd with visions for the future 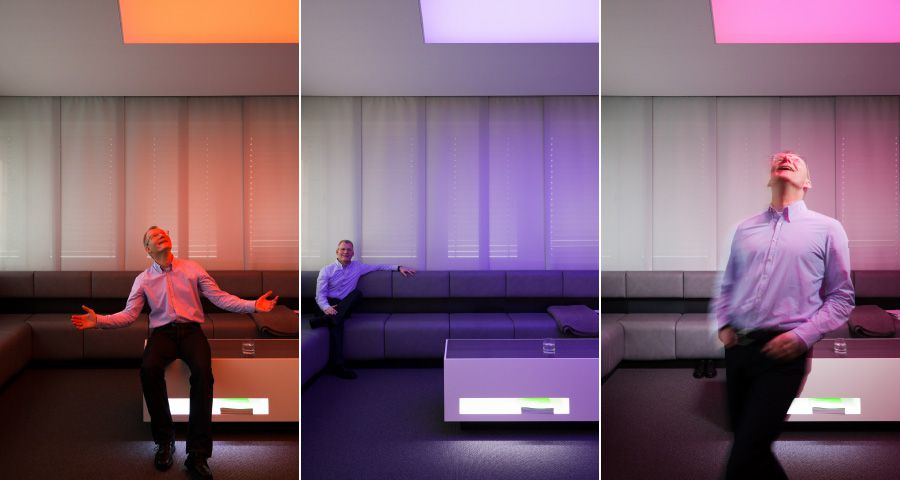 All companies want creative and innovative employees. But what does this mean in technical professions? Markus Fromm-Wittenberg knows. He believed in the combination of KNX and internet technology when everyone else was dismissing it – and created a product that enables an entire house to be controlled by a computer. To date, the Gira HomeServer is unique on the market and its fan community, too. Markus Fromm-Wittenberg reveals how this came about and which ideas motivate him today.

Mr Fromm-Wittenberg, you invented the Gira HomeServer. What attracted you to this idea in particular?

MF: In 1992, when I started working at Gira after my studies, KNX technology was just coming up. I was very interested in it back then, I thought I had a chance to get involved. Then later the internet came about, which was also very fascinating: a whole new cosmos.

How did the idea of an on-board computer for the home come about specifically?

MF: Gira already had PC software for controlling KNX technology in the home, which we wanted to replace soon. By happy coincidence, we got to know a company in 1996/97 which actually came more from the field of database programming, but which had already looked into how internet technology could be used for building automation. Its concept was too far removed from all of its competitors, and everyone declined. I happened to be the contact partner at Gira and found it interesting from the outset.

Which aspects did you see?

MF: I passionately believed that a product like that would help us a lot in the future. For this reason, I started to give careful thought to the topic.

Did Gira understand from the outset what you had seen there?

MF: No, initially this was a weird idea of mine, which was also dismissed as such by many people. But in spite of this Gira trusted me and allowed me to develop this product further. A purely software-based solution was developed as a first step. However, it turned out that our customer was experiencing difficulties with a pure software program that was based on Windows 95. Also, this software was not a product that was really tangible. Today, people have been used to this for a long time from apps, but back then it was still very difficult to make something virtual comprehensible to customers.

So you finally decided to develop a hardware component?

MF: Yes, this was then the next step. We presented this variant, the first to also feature IP, for the first time in 2000 at the Light + Building trade fair. It was a huge hit.

Find out more about electronics development at Gira 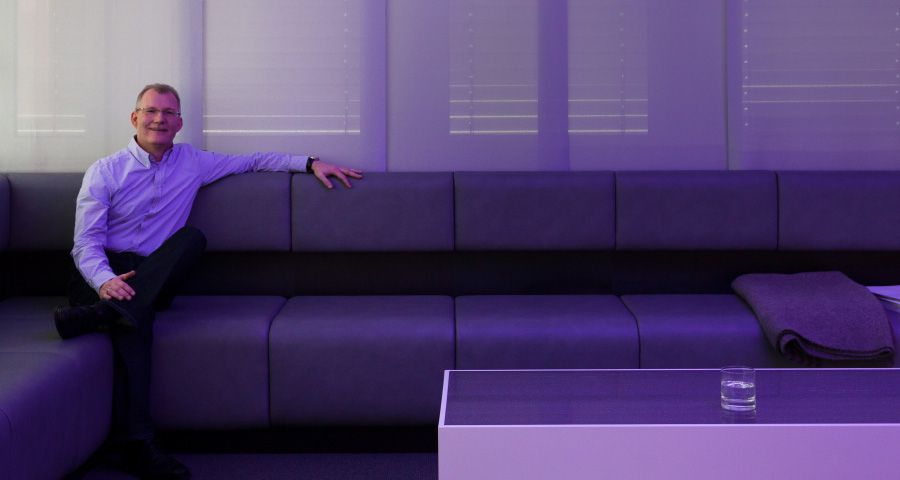 "I passionately believed that a product like that would help us a lot in the future." 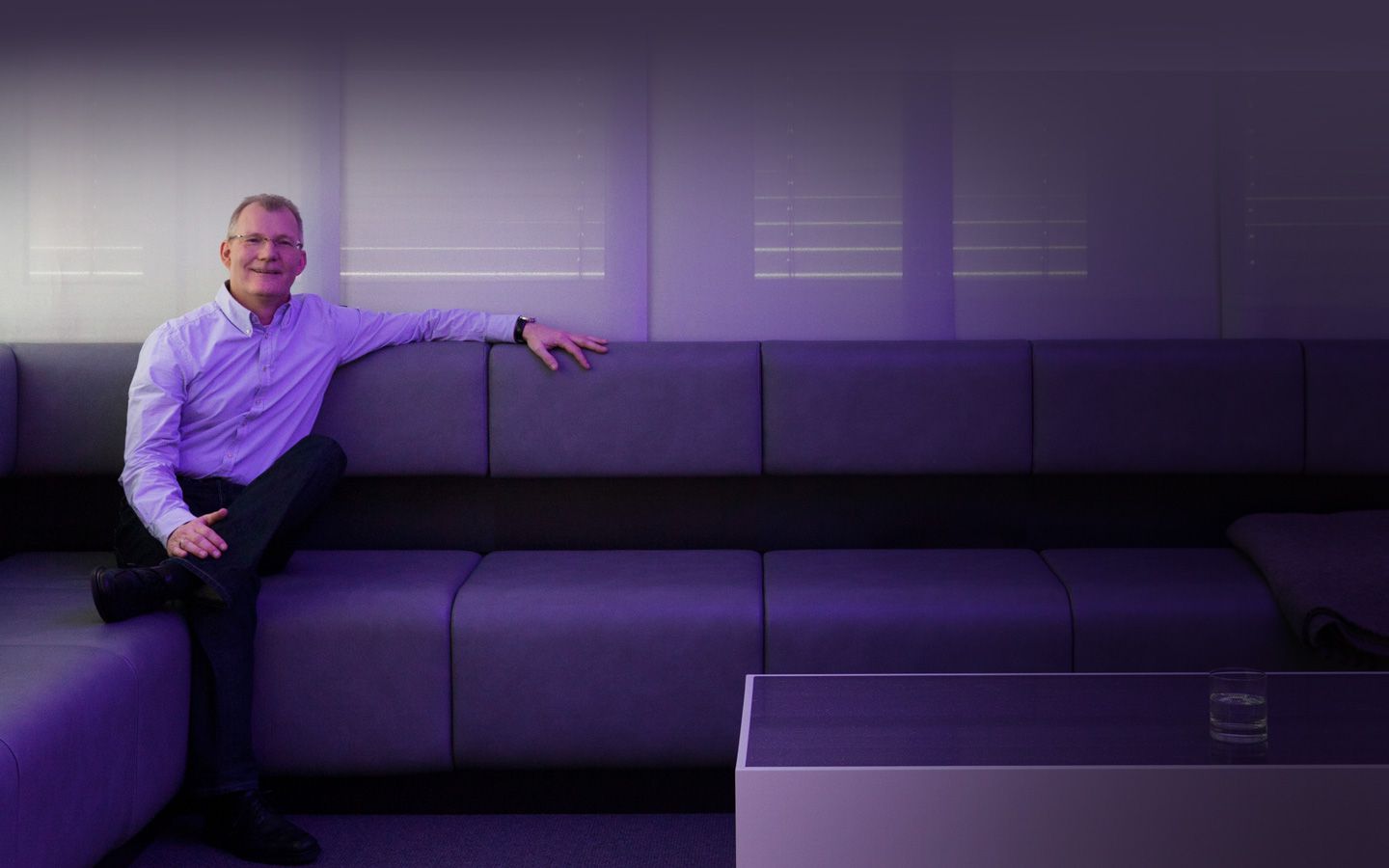 Then, at the latest, you successfully overcame all the resistance. Are you particularly stubborn or why did this work so well for you?

MF: Of course, on the one hand this is about believing in things, staying committed to them and asserting oneself in the company against all resistance. And I had to put a lot into it myself. But the whole package was actually groundbreaking: Gira sells an on-board computer. A central unit in a decentralised system which takes on a leading role in the KNX system. Which can also be updated and which passes on every new feature to the market free of charge. Every six months, Sales were also able to have a discussion with the customer as there were always new things to report with regard to this product. New functions were constantly being created, which enabled the customer to develop unprecedented solutions.

There's a little bit of a feel here of the early days of the internet, isn't there?

MF: Yes, the entire development of the range of functions was very strongly influenced by discussions and exchanges of ideas between Product Development, Product Management and customers. The idea that customers could also become "accomplices" came up very early. They knew what they needed, could also themselves generate ideas which we then incorporated into the product.

In the sense of an Open Source project, like with Mozilla Firefox, for example?

MF: A little bit, although of course we are a profit-oriented company and not a non-profit organisation. But back then we set up a tester forum for the first time, in which users, i.e. owners of a HomeServer also participated. From version HomeServer 2, so in around 2004/2005 even a real community came about. This then involved modularity concepts. It was no longer the case as in the past where products were developed and delivered, and that was it. The HomeServer became a product that could be permanently further developed in small and large steps. 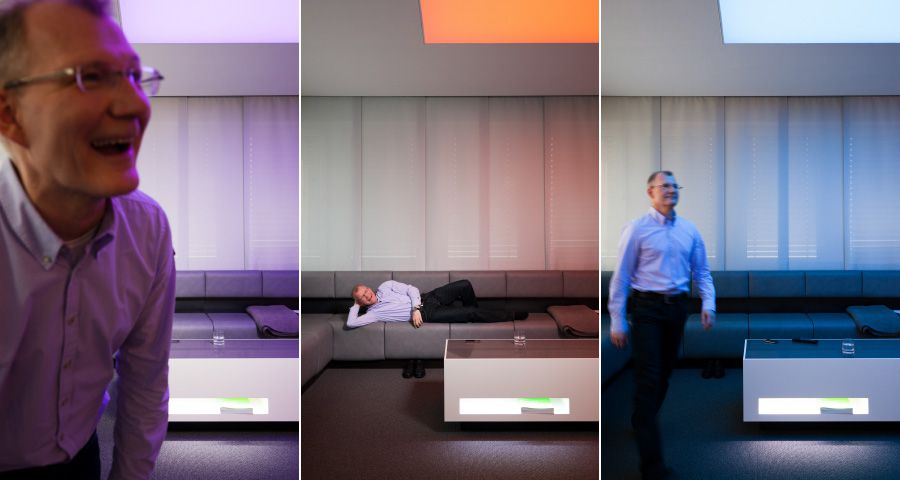 Markus Fromm-Wittenberg in the Gira showroom: "As I have always said, the HomeServer is the typical Swiss penknife. A multi-functional device that I can use for a lot of things, as I have the right tool for each situation: I just need to flip it out."

And how is it today?

MF: Now the HomeServer has developed a real life of its own. Altogether, there are around 400 to 500 modules on the market that are only written and made available by users.

The HomeServer has thus built up an established presence on the market. And have you now looked around for new fields of activity for yourself?

MF: The concept for my new area, which we have called "Applications and cooperations", is actually not so far from the principle of the HomeServer. It's primarily about creating and describing applications; we want to simplify things, think in a more customer-oriented manner. This partly also means getting rid of the idea that every new function must also result in a new product. In some cases, only two products have to be put together to obtain a new application.

And the issue of collaborative partnerships?

MF: It's similar. A house consists of a large number of trades and we cannot cover all of them. So we work together with other companies – for example with Viessmann, Revox, Dornbracht, and Miele – and create appropriate interfaces so that the trades are optimally dovetailed. Here, too, you need to make an effort to persuade people. We'll have to put in a bit of spadework, whether at association level, installation level or at the Chamber of Industry and Commerce.

Your enthusiasm has apparently not yet waned after all these years.

MF: No, I have only gained more experience, and got a different perspective on things. I am still of the opinion that you can only move things on by shaking something up. Visions are the present of the future. Quite an important part of this, of course, is the trust that the company places in you. But you must also have visions that you believe in.

Born
1964
At Gira since
1992
Training
as an electrician, after this he obtained the advanced technical college certificate. Via second-chance education
Studies
IT at the University of Applied Sciences Osnabrück, specialising in automation technology.
Graduate engineer Ing. (University of Applied Sciences)
Career at Gira
Markus Fromm-Wittenberg first worked at Gira in technical sales and changed to Product Management in 1997 for the business area building system technology KNX/EIB. Since 2009 he has been head of the new department „Application and Cooperation for Building System Technology“. During the whole time at Gira he completed various further training measures in the fields of sales, presentation, English, network technology, bus systems such as LON and KNX and in human resource management.